Slang is informal language which is more common in speech than in writing. Certain words and phrases may be used by a specific group of people so people outside the group cannot understand the meaning.

What is slang? It is informal language which is more common in speech than in writing. Certain words and phrases may be used by a specific group of people so people outside the group cannot understand the meaning.

Where does the word ‘slang’ come from? There are many suggestions and the original origin is open to debate. One view is that it referred to a delimited piece of land where tramps would wander around and came to be associated their vocabulary. It was regarded as an offence against conventional language, lowering the dignity of formal or serious speech or writing.

IT IS OK TO USE SLANG?

It depends on the context and the purpose of the speech or writing. For professional and formal letters, it has no place. However, for informal letters or emails, it is often used without any negative connotation.

The short answer is: Just consider your audience before using it. Only use it if it is not likely to cause offence and your audience will understand it.

Internet slang: Since the 2000s social network sites have become popular and a specific kind of slang has evolved. The generation that grew up with the internet are generally very familiar with this kind of slang very often to he exclusion of the older generation. The use of text messages has also contributed to the dramatic rise in abbreviations and slang terms unique to this social phenomenon.

Some common slang words and phrases:

dig – to really like something
“I really dig your hat”

vibes – feelings and emotions are communicated, an atmosphere
“She decided to leave as she was getting some negative vibes.”

kudos – respect and recognition
“Kudos to you for a great party.”

airhead – a person who is not very intelligent or acts foolishly
“He behaves like an absolute airhead sometimes.”

piece of cake – something that is considered very easy to do
“Leave it to me, it’s a piece of cake.”

gobsmacked – to be amazed
“When he gave her the ring she was completely gobsmacked.”
(gob is informal English for mouth. When is person is very surprised or amazed they often cover their mouth with their hand.)

earful – to be told off
“He was very late and expected an earful when he arrived.”

threads – clothes
“I desperately need a new set of threads.”

Here is another answer to a question often asked:
How Do You Spell the Past Tense of Ski? 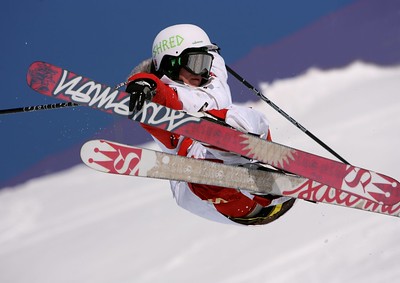 Previous post
How Do You Spell the Past Tense of SKI?
Next post
Words With the Root FER

How Do You Spell the Past Tense of SKI?